The following is by Steve:

Looking back, the trip was a great success. Even the mountain drive going up to the Observatory was very pleasant. We walked up to the 100 inch Observatory, passing Albert Einstein’s photo from around 1922. We went inside the 100 inch telescope and also viewed the other observatories on the site. We thought this was very interesting. Our tour guide and the 2 technicians in the 60 inch Observatory were all fantastic. They’re all extremely knowledgeable and really delighted to spend the night with us. Of course, they were extremely knowledgeable. We learned how the telescope worked, checked out the controls, etc. We had never spent extensive time in an observatory and this was quite a surprise. It is a good idea to bring lots of food with you unless you had had a good dinner. There are chairs to sit on but no tables. There was plenty of hot water, instant coffee and hot chocolate. Then the sun went down and we started to use the telescope. It’s amazing on how open the window is with the big scope. As the night progressed, it got pretty chilly. There is, of course, no heating as this would affect the telescope images. I brought several sweatshirts, a parka with the hood and a ski hat. Long johns really would have helped. The night actually went by pretty quickly. I do think spending the entire night viewing was a big plus.

“And now onto what we saw through the 60 inch Mt. Wilson telescope. This was truly spectacular. There were galaxies that I could never see on my own 8 inch scope. A variety of nebulae were presented to us, as well as open and globular clusters with great detail. Everyone had their favorites. For me, it was the detail with which I could see of familiar things in the sky. Some of the best images were in the predawn sky. The Orion nebulae looked like an astronomy magazine cover photograph. It was special. As was Jupiter with its red spot and moons. We even saw the blue Uranus and its moons. So, in summary, the trip was special. We saw things in the sky that we could never see with our own telescopes in such detail. So the night was special. It also was pretty chilly similar to camping out in the mountains overnight. We all have aperture envy and are looking forward to see the sky through the 100 inch sometime in the future.”

“What an awesome experience! In the course of the evening, I used the SkySafari app on my Â iPad to follow our observations.Â  After the first couple of objects, I started making a few cryptic notes in the app so I would have a record of the observations for future reference (see below)…I have also included a photo of the group outside the 60-inch telescope and one of the moon that I took with my cell phone (Galaxy 4).Â  That’s Clavius on the right. By the way, our tour guide said that they were in the process of setting up the 100-inch telescope for public star parties starting sometime next year.Â  Everyone was excited to hear that.Â  Maybe next year…..!Â  Thanks again.Â  Looking forward to meeting you sometime in the near future.” -Stan Ketelsen

Not as bright as I expected.Â  Saw center star with peripheral vision.

Could clearly see central star.Â  Nebula had a blue hue.

Focused on the crater Clavius – with two internal craters.Â  I took a picture with my Galaxy 4.

Saw Campbell’s “Hydrogen Star” in this nebula.Â  Did not see any nebulosity.

Unspectacular – just an oval blob with no definition.

Good definition – two distinct circles separated by a thin white line.Â  Faint blue color.Â  Could not see the red color of the center circle shown in the SkySafari photograph.

Good image. Saw four of the five moons (all except Miranda).

Telescope was focused on the central bulge of the Andromeda Galaxy.Â  The entire eyepiece was filled with a grey nebulosity.Â  Saw a bright star-like object in the center of the eyepiece.

A globular cluster on the outskirts of Andromeda.Â  It was the right-most of three “stars” in a triangle – the fuzzy one.

A fuzzy ball with a star in the middle.

NGC604 is a star birthing area.Â  Irregular fuzzy shape with faint dark trails through it.Â  Just in the center of the eyepiece.

Used a 50mm eyepiece (most of the evening we have been using a 65mm eyepiece).Â  Per Gio’s calc (at Tom’s direction), this equated to about 487 power (about 375 power for the 65mm eyepiece).Â  Saw the bright center section of the nebulosity (kind of a rectangle) but could not make out the bulbous outer sections shown on the SkySafari photo.

Used the 65mm eyepiece.Â  Could only faintly see the dust lane (dark center section) of the edge-on galaxy.Â  Could not see any of the bright stars lining the dust lane.

Viewed with the 65mm eye piece.Â  Focused on the center star of the Orion sword (Trapezium).Â  Amazing nebulosity filled the entire field of view!!Â  Four brightest stars in a square pattern in the center.

Viewed with the 65mm eyepiece.Â  Just saw a white orb with no surface color variation.Â  Very little, if any, red tint,

Viewed with the 65mm eyepiece.Â  Just looked like a fuzzy dot – no tail. 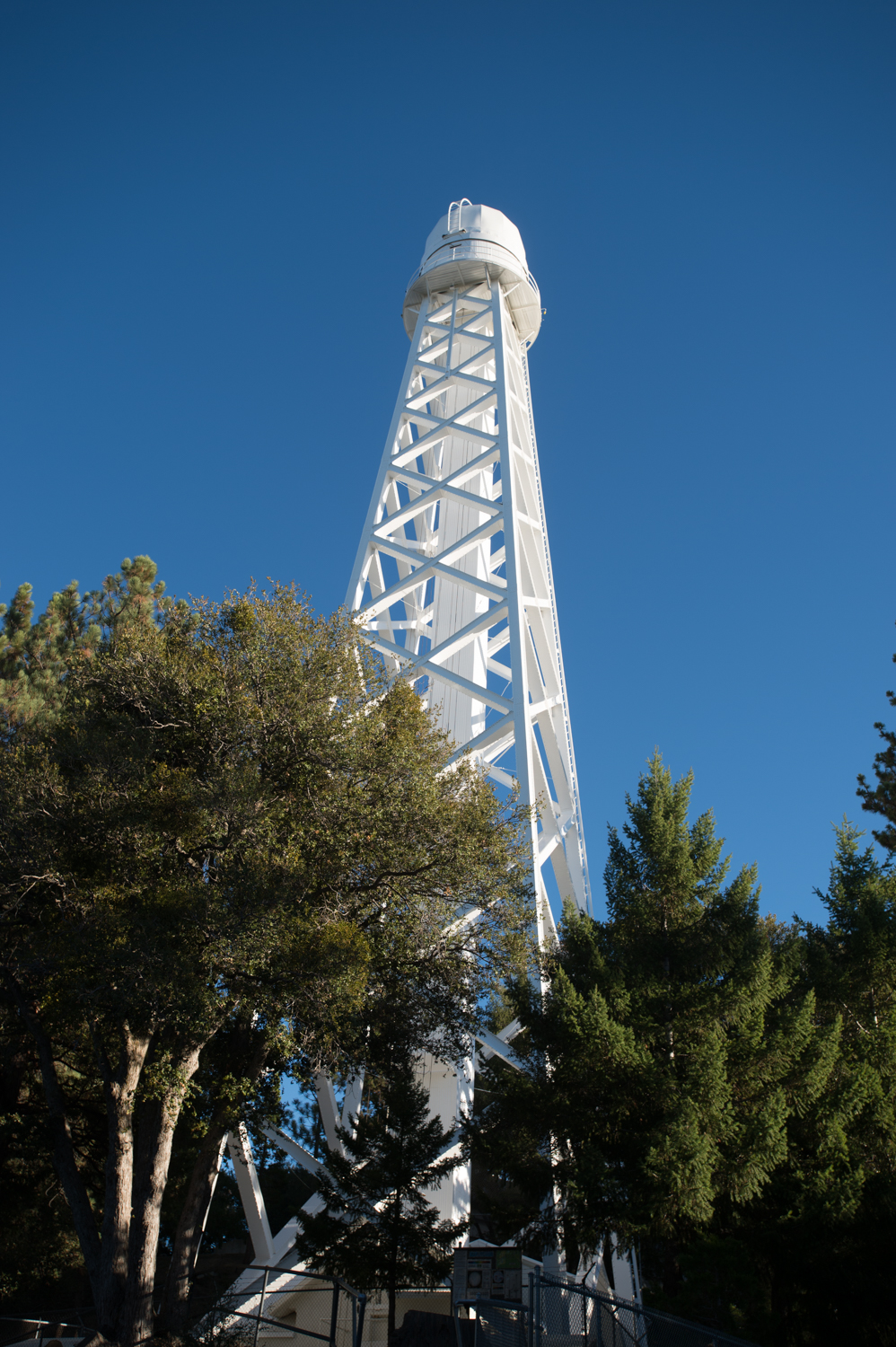 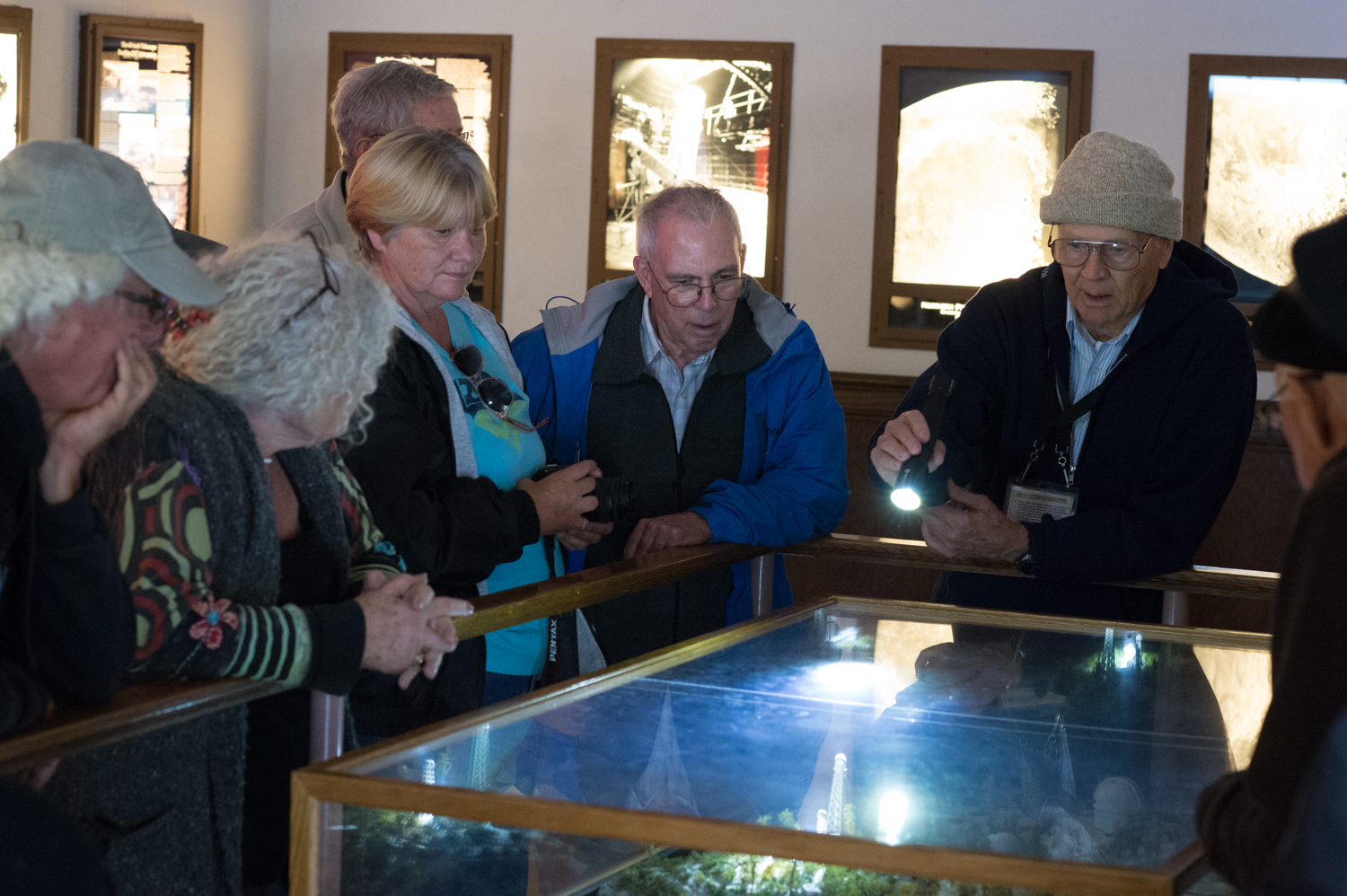 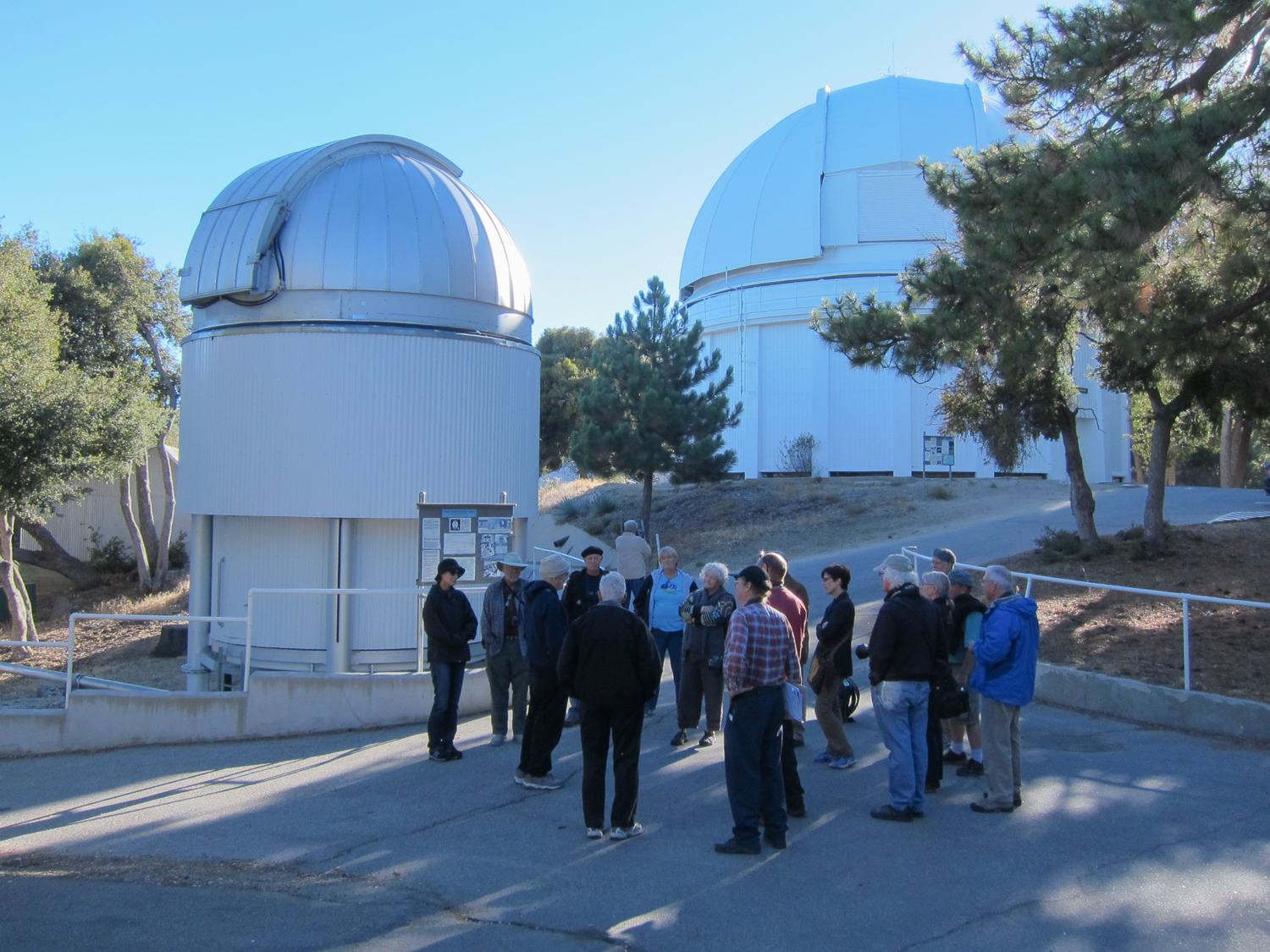 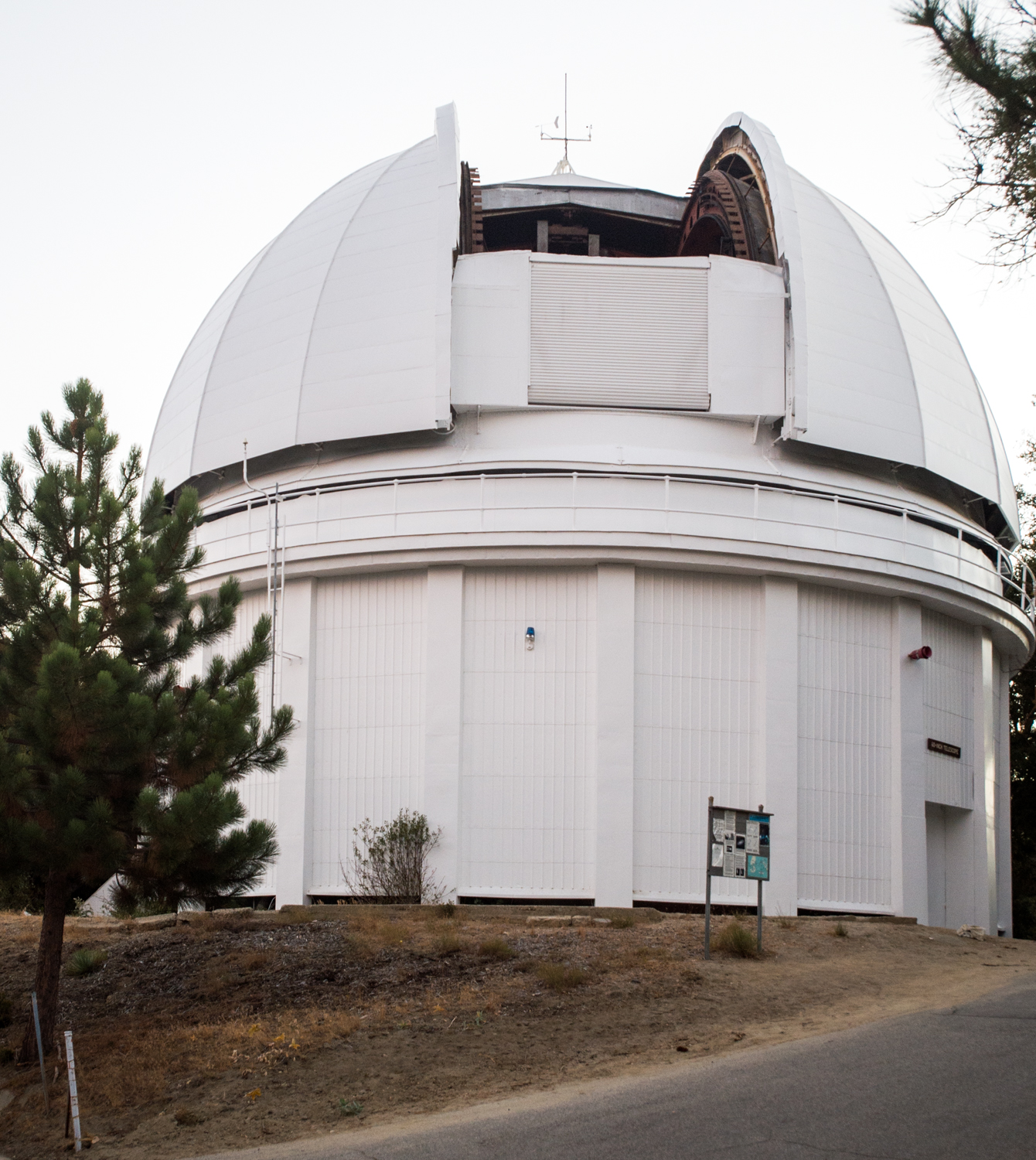 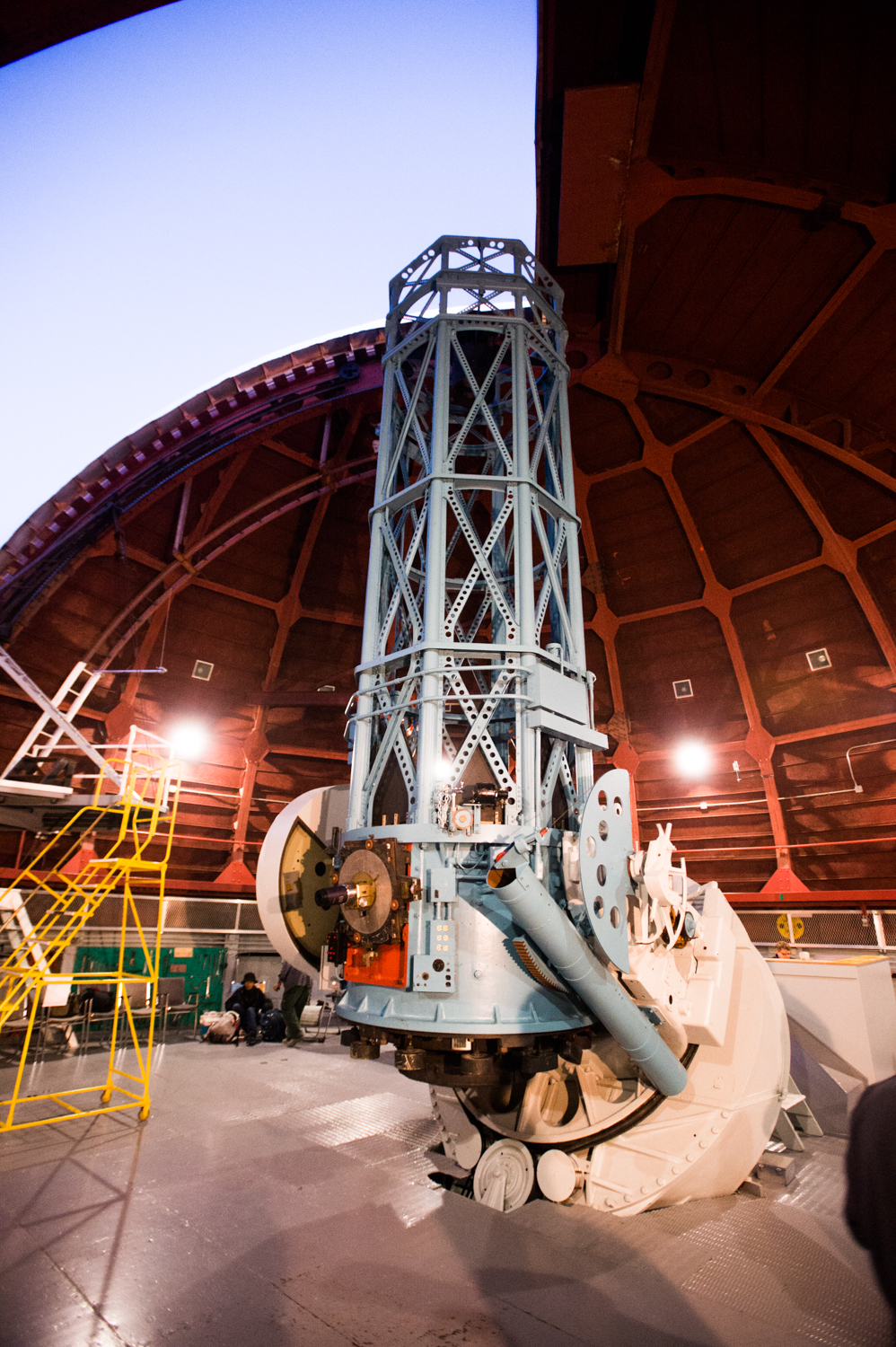 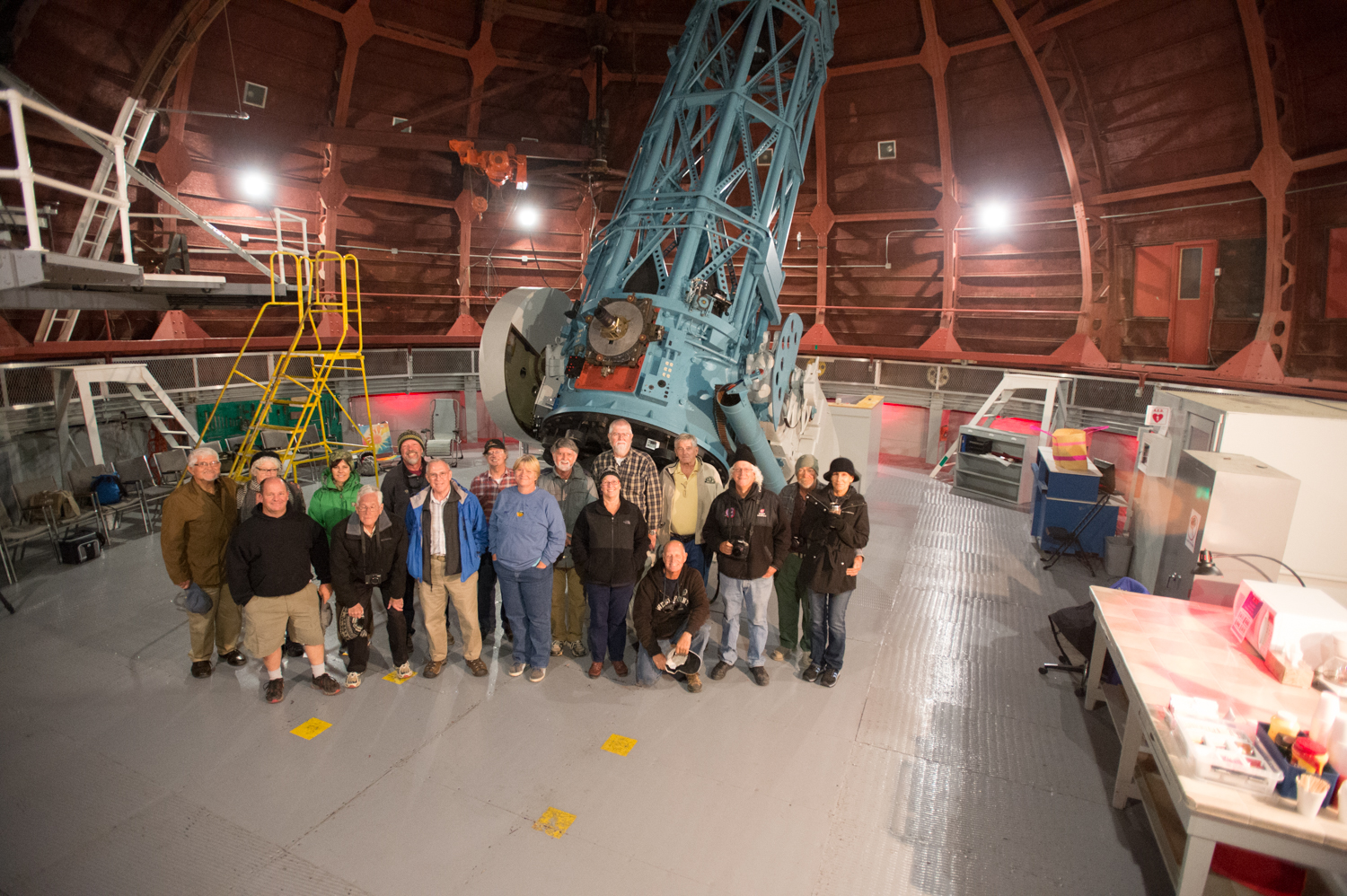 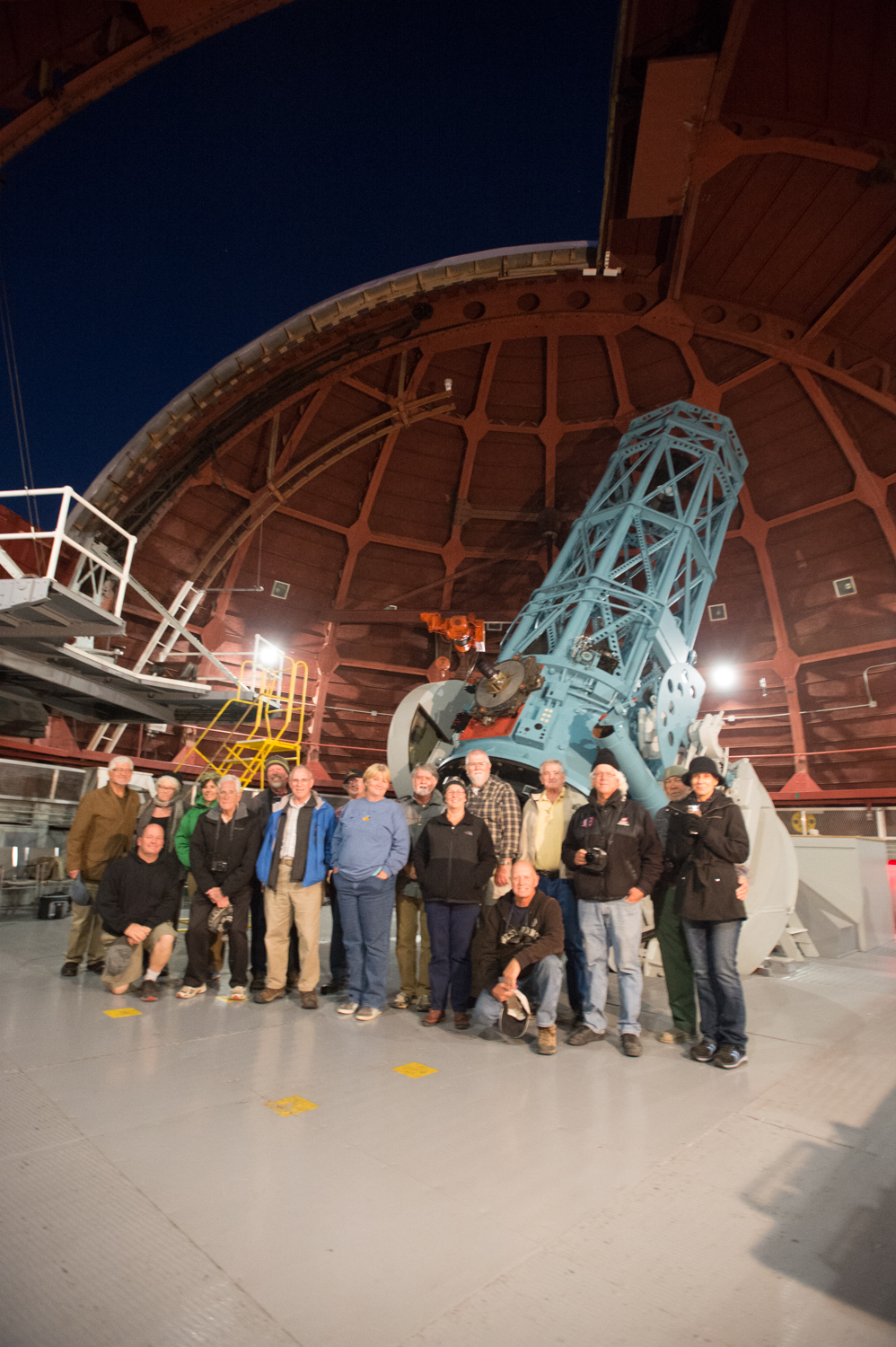 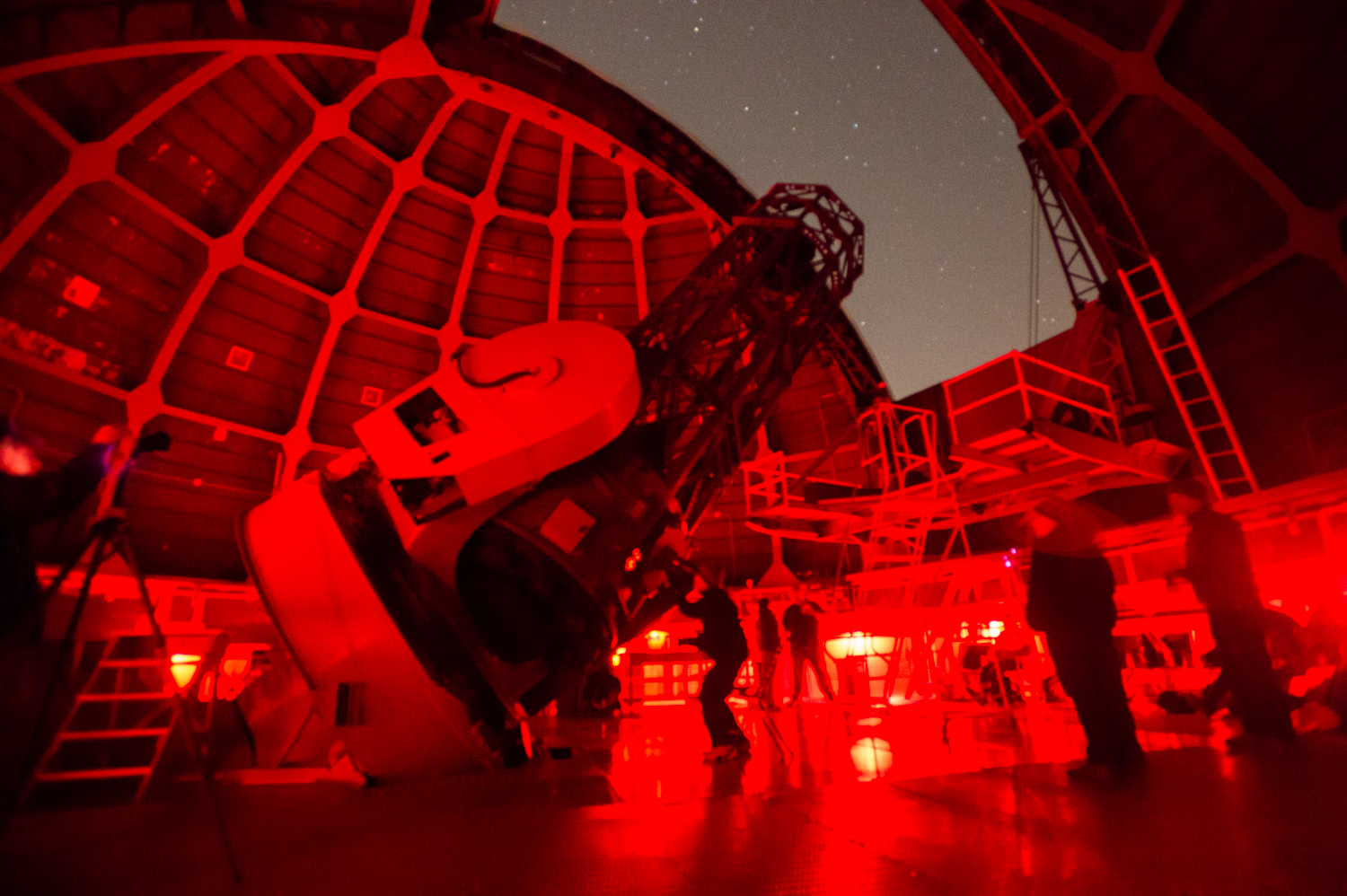 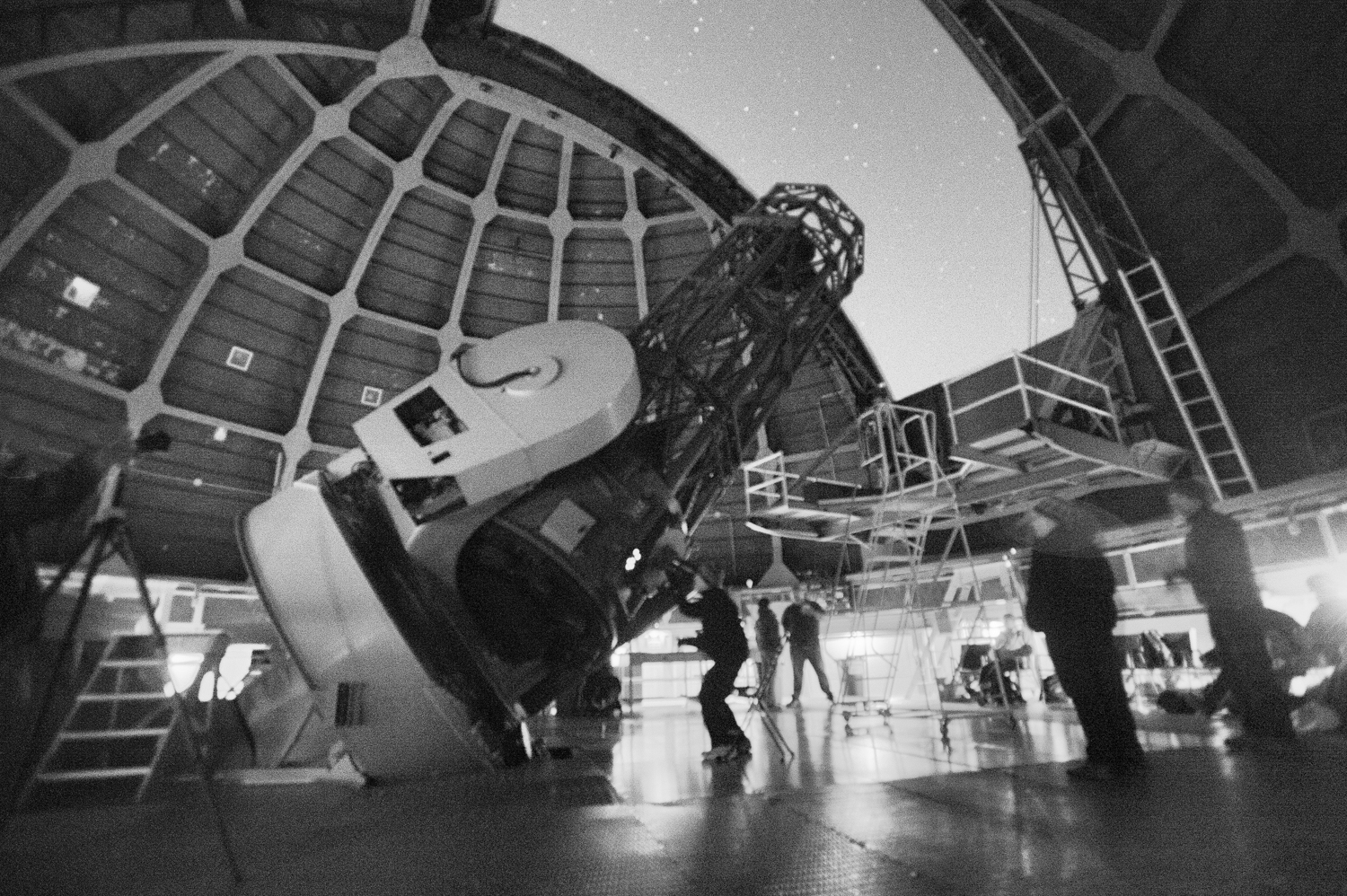 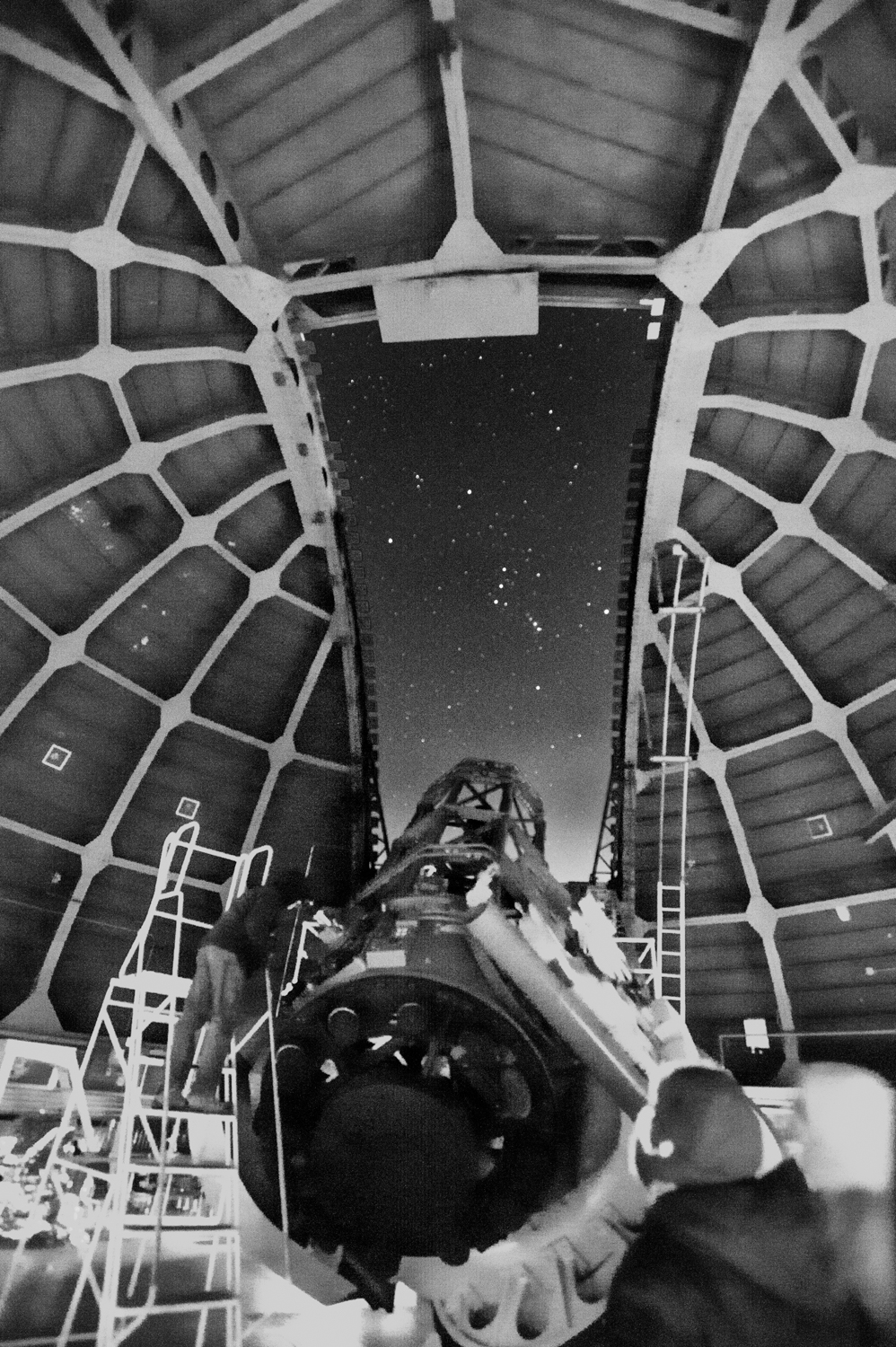